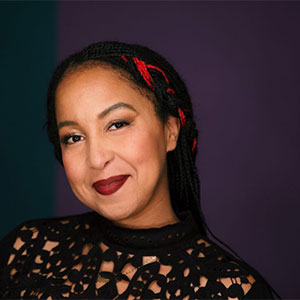 Blaire Bercy is a digital media professional with a passion to produce engaging entertainment content for women, girls, and marginalized members of society who lack positive representation in media. Blaire began working with Los Angeles nonprofits as a teen. She feels that it is important for the unhoused and food insecure to know that volunteering isn’t performative, it is done consistently with care because we are all part of the same wonderful city. Blaire serves on the board of the Hollywood Food Coalition where she serves weekly and manages their digital presence and community outreach. 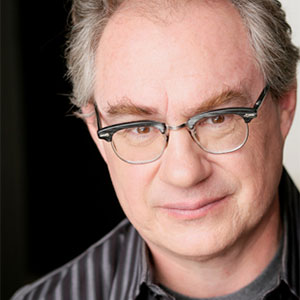 John Billingsley serves as the President of the Board of Directors of the Hollywood Food Coalition. He joined the board in 2017, and briefly served as one of its co-volunteer Executive Directors. He has been acting professionally for over 40 years. He has also been an acting teacher and a stage director, and he founded a theater company – now 30 years young – devoted to adapting fiction for the stage (Seattle, Washington). John sat on the AIDS Service Center Board of Directors (Pasadena)  for six years, and has been blissfully married to fellow board member, and food rescue doyenne, Bonita Friedericy, for 20 marvelous years! 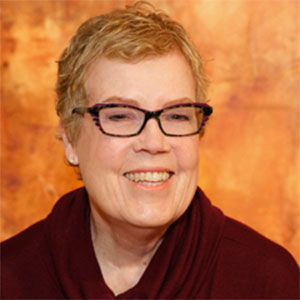 Prior to joining the organization, Cheri had her own tv production company which produced shows for History Channel, Animal Planet, Discovery, Spike!, TLC, NBC, and MTV.  She was an executive producer and creator of Paramount TV’s daily caught-on-tape show, Real TV, and served as Co-Executive Producer of Hard Copy.  She was a member of the original production team that created the highly successful Entertainment Tonight. John Billingsley and Bonnie Friedericy introduced Cheri to the amazing Sherry Bonnano, who suggested volunteering.  She was hooked. For more than three years, Cheri was Lead Chef on Thursdays at the Food Coalition with her devoted partner and hubby, Bill Barlow. 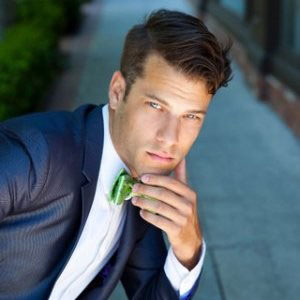 Michael Calabro is an International Event Producer, with over a decade of experience. Most recently, he produced Annabel’s, a private membership Club from the United Kingdom, in the desert of Saudi Arabia.  When he first landed in Los Angeles, Michael was introduced to the then, Greater West Hollywood Food Coalition. He began cooking in the kitchen, and serving on the streets. He and Aarin Speigelman, began and helped build the clothing drive which has grown to a staple service. Now a 10 year veteran of the organization, Michael is a founding Board Member. He has served on several committees, actively participates in the weekly leadership meetings and is co-producing the Lunch Bag program with Bonnie Friedericy. 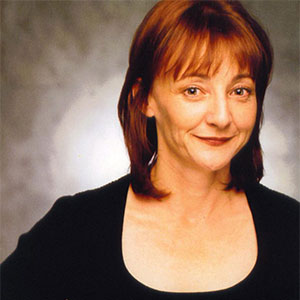 Bonita Friedericy is currently a board member of the Hollywood Food Coalition. She has been a working professional actress for 35 years. She was also on the board of the AIDS Service Center in Pasadena. In 2017, a friend asked her to come make fruit salad at a wonderful small food kitchen in Hollywood… Since then, she has helped run our volunteer food pick up/recovery program, our Lunch Bag distribution program, and our Community Exchange program. 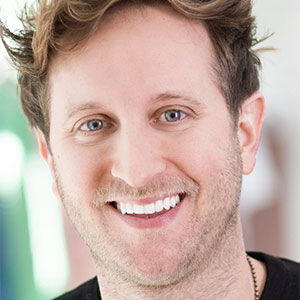 Noah currently serves as the Head of West Coast Communications for the global fashion brand H&M.  Within this role, he oversees all entertainment and celebrity strategy, as well as CSR partnerships and special collaborations. These responsibilities have allowed him to create unique partnerships and initiatives to support local, national, and global social impact organizations. In addition to serving on the board of the Hollywood Food Coalition, he also serves on the Board of Directors for Christopher Street West/Los Angeles Pride. 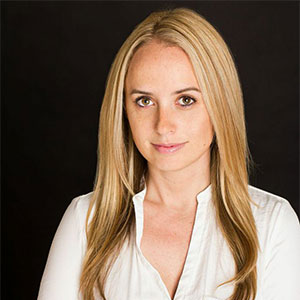 Molly is a fifth generation Angeleno. Her grandparents met at Fairfax High School and her parents met at USC–so she knows the city like the back of her hand. She is a journalist who wrote a book on the Dodgers which became a New York Times Bestseller. She got involved volunteering at HoFoCo through a friend in 2016. She began to lead Friday night service in 2019. In the last year she’s been on the marketing team. During the pandemic she started the Amazon wish list that has gotten HoFoCo thousands of supplies like sleeping bags, tents, sweatshirts, sweatpants, hand warmers, gloves, beanies. She is grateful for the lifelong friends she has met through our organization. 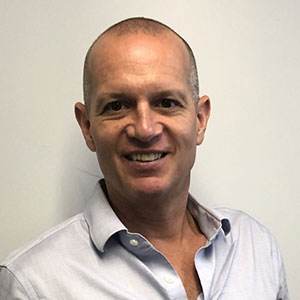 Chris has been a volunteer with the Hollywood Food Coalition for over 19 years. He is a founding Board member and currently serves as Secretary. He has been a partner with the law firm of KMFM for over 20 years concentrating in construction litigation and mediation. He resides in Hollywood, not far from where the HoFoCo provides its services. He remains grateful for the hundreds of volunteers who have enthusiastically joined in the HoFoCo cause over the years. He looks forward to working with those whom the HoFoCo serves while they navigate their way out of homelessness. 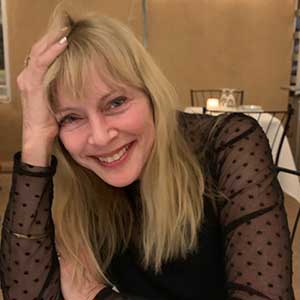 Victoria Lautman grew up in LA, left for a few decades, and returned permanently (she hopes) in 2018. Before moving back, she was a print and broadcast journalist in Chicago, hosting long-running radio programs on the NPR affiliate while writing for a variety of magazines and newspapers including The Wall Street Journal, Architectural Digest, Metropolitan Home, The Chicago Tribune, and others. Her most recent book, The Vanishing Stepwells of India (Merrell, London) was published in 2017 and has been the subject of several photo exhibitions.

During her years in Chicago, Victoria served on a number of social service boards and arts committees. But HoFoCo became her primary commitment in Los Angeles and she continues to volunteer there whenever possible. 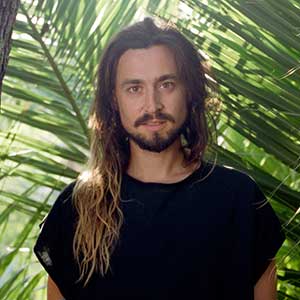 William Lemon works as an artist/ writer/musician and has lived in Los Angeles for over a decade. He is currently creative director for DLJ, a development firm that has several properties in Hollywood, which is how Will originally heard of the Food Coalition. Will is also a fine artist but was originally trained at the Culinary Academy in San Francisco.

Will has been focused on HoFoCo’s Sunday cooking team, promotions and fundraising. Will loves nothing more than to crank up the music and improvise delicious nutritious meals for our clients every Sunday with his team. The Sunday team has grown into an ecstatic weekly get together for a diverse and talented group of volunteers from all over the world. 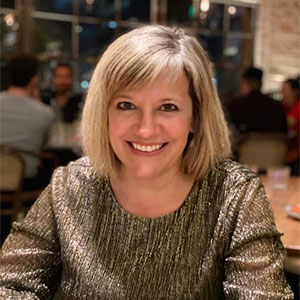 Melissa Lintinger is currently Senior Vice President, Production Finance for NBCUniversal’s television studios. She has spent her 20+ year career in various leadership roles at entertainment companies including BET/Viacom and Oxygen Media.  In 2020, Melissa joined the Board of the Hollywood Food Coalition as Treasurer. She is also on the Board Governance and Leadership Committees. In 2019, Melissa was an LA Women of Influence Honoree. She Co-Chairs the LA Chapter of the Comcast NBCUniversal TECHWomen organization and is also a member of Women in Cable Television (WICT), Advancing Women Executives (AWE) and the Academy of Television Arts & Sciences. 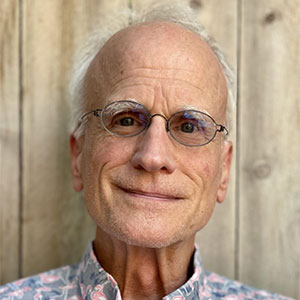 David Livingston’s career in show business spans a half century including work as a television producer/director, most notably on four iterations of the Star Trek franchise, and as an entertainment photographer for Getty Images.

Following a photo exhibit on the homeless of LA presented in partnership with Hollywood Food Coalition, he enthusiastically accepted an invitation from board president John Billingsley to become a member. Since then, he has provided still and video content as a volunteer featuring the great work being done by the Coalition.

Brian Mathena has spent the last 20 years as a marketing professional leading the development of media strategies for some of the world’s most premiere automotive, footwear & apparel, entertainment, financial services, and travel brands.

He currently serves as Vice President at Camelot Strategic Marketing & Media where he leads media efforts for some of the agency’s largest financial services clients.

Brian joined the Hollywood Food Coalition in early 2017 as a volunteer with the Community Dinner and has co-led the Monday evening dinner since. As a board member he works on special projects across volunteerism, marketing & strategic partnerships. 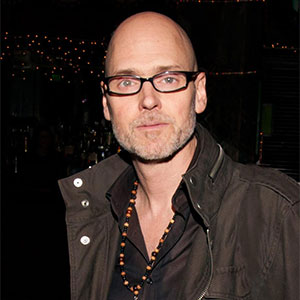 Peter McCabe migrated from NY to LA in 1986.  Since then, he has been making records, working on music for movies and TV, shooting pictures and video –  basically, storytelling in all its forms.

When Peter was young, he served meals to the homeless in NYC on holidays with his dad. This introduced him to the need and rewards of this kind of caring. In 2018, Peter was introduced to the Hollywood Food Coalition, via Sherry Bonanno and Bonita Friedericy.  He began volunteering as a dependable food runner. Peter now serves on the board and is part of the strategic planning Task Force. 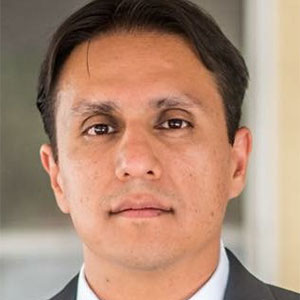 Born and raised in Los Angeles, Stan joined the army right out of high school and served for 15 years, completing deployments to Iraq and Afghanistan.  After the military, he graduated with a business management degree and currently works for the Department of Veteran Affairs as an IT manager. He has been volunteering with the Hollywood Food Coalition since July, 2018, working Monday nights with Brian Mathena. He is excited to join the Board of such a noble organization. 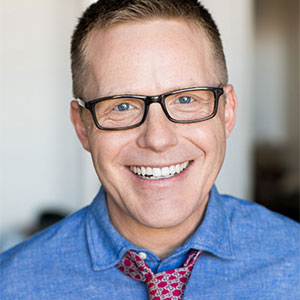 Brandon Reim has 20 years of experience in TV/Film production accounting, as well as a Masters in English from Loyola Marymount University.  He has taken grant writing classes at UCLA Extension, Notre Dame online, and at the Grantsmanship Center.  Brandon began writing grant applications for Hollywood Food Coalition in 2018, and has served both as a board member and as HoFoCo’s first Development Director, utilizing both his finance background as well as his education.  Brandon values every day he can put his skills and energy to use helping those who are in great need. 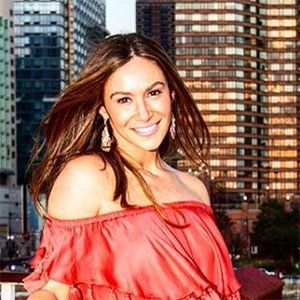 Aarin Spiegelman is a real estate investor and the co-owner of a residential property management company based in Manhattan. Raised by parents working in the nonprofit world, Aarin has always had a strong connection to volunteerism and social justice. She first discovered the Hollywood Food Coalition in 2013, and was immediately drawn to the mission and community. Soon, Aarin assumed a lead kitchen role, and eventually became a founding member of the Board of Directors. She has held several positions over the years, most notably launching the social media channels, identifying and implementing donor software, and working as volunteer coordinator.